One Month Till The Rumperbutts!

I’m sure you’re asking “what on earth are The Rumperbutts?” Well, it’s a great indie film that shot in the New Haven, Conn. area last year. The stars of the film are the band Mates of State, and Josh Brener (SILICON VALLEY) is in it, too.

AND SO AM I! I’ve got a small role in the film, where I act with the leads in two scenes. I’m very excited about it, because on May 22, it’s going to be in theaters, on VOD and online!! How cool is that? Here’s the poster: 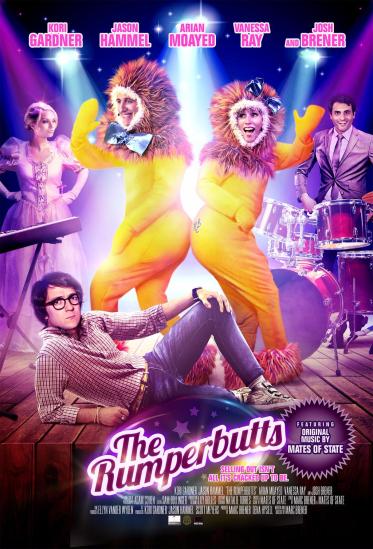 If you’re interested in checking it out, great news – you can pre-order it on Vimeo On Demand! Here’s the trailer for it (and if you listen, you can hear my voice in there):

The Rumperbutts – Trailer from Mance Media on Vimeo.

For friends of mine in Connecticut, there’s a chance it may be playing in state somewhere next month, too. I’ll let you know if anything’s confirmed.